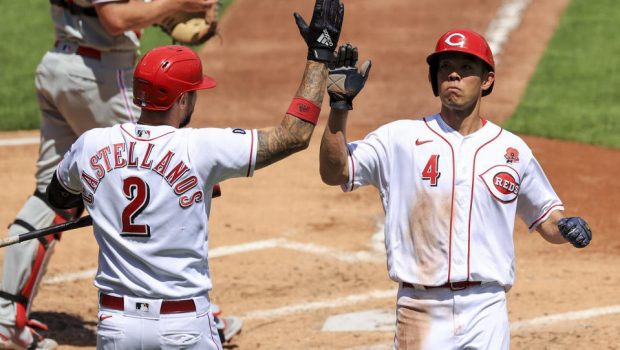 PHILS HOLIDAY NO PICNIC: 11-1 LOSS TO REDS IS THEIR 3RD STRAIGHT!

The Phillies were glad to leave Tampa, where they spent a lost weekend.

But Cincy is offering no change in their play.

Or their chances to gain in the NL East race.

Kyle Farmer homered and drove in five runs as Cincinnati sent the Phillies to their third straight loss.

Vince Velasquez (2-1) was tagged for six runs on five hits and three walks in three innings.

Odúbel Herrera had three hits for the Phillies, who have lost nine of 12.