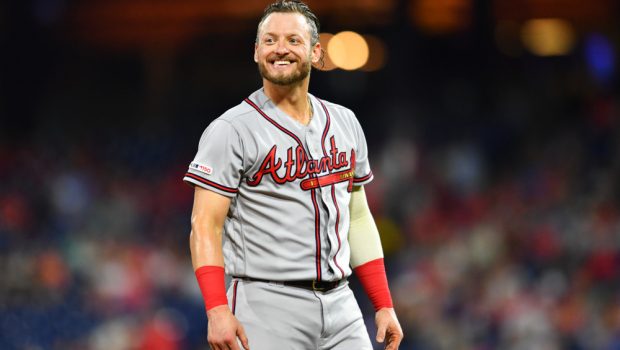 PHILS HAVE STRONG FREE AGENT INTEREST IN 3B JOSH DONALDSON!

Major League meetings start this week in Scottsdale, Arizona, so expect to hear a lot of chatter about trades and free agent signings.

Mark Feinsand of MLB.com reports that the Phillies are one of the teams to express interest in Josh Donaldson:

Donaldson is already (and predictably) a hot name on the free-agent market. The Rangers and Phillies are among the teams that have interest in the third baseman, who put together a very strong 2019 season (37 HR, .900 OPS) in Atlanta.

Donaldson was in Atlanta on a one-year deal.