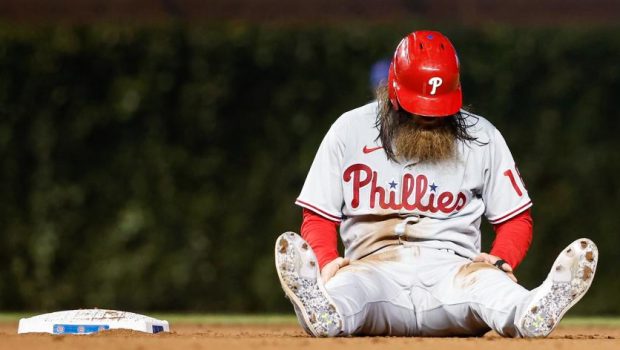 Aaron Nola yielded Christopher Morel’s three-run homer in the fifth inning, and the Phillies lost 4-2 to the Chicago Cubs.

Philadelphia (83-71) dropped its third consecutive game. The Phillies are trying to hold off Milwaukee for the third NL wild card and earn their first playoff appearance since 2011.

Nola (10-13) was charged with four runs — all in the fifth — and five hits in six innings. The right-hander struck out eight and walked none.

Manuel Rodriguez got two outs for his fourth save. He entered with a runner on first and retired J.T. Realmuto on a soft liner to shortstop before Alec Bohm bounced into a forceout at second.