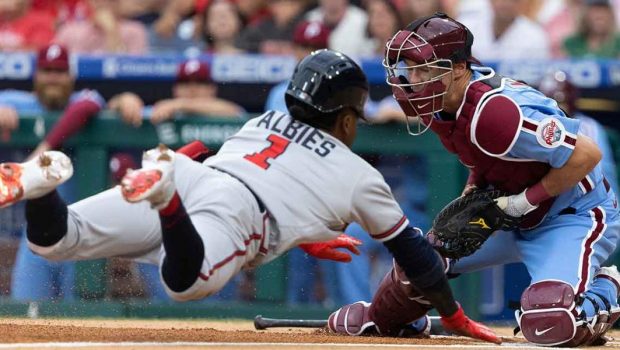 The Braves Ozzie Albies has been diagnosed with a fracture in his left foot.

He appeared to suffer the injury on an awkward swing in the fifth inning against the Nationals on Monday.

He immediately fell to the ground in pain before walking off gingerly.

Tests then revealed the bad news. It’s not clear at this point how much time Albies might miss, but obviously it’s going to be an extended absence. Orlando Arcia replaced Albies on Monday and figures to see regular starts at second base while he is out.