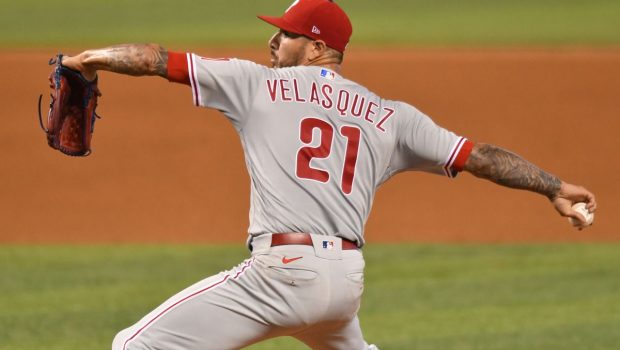 PHILS HAVE 7 DAYS OFF IN JUNE: HOW ABOUT A 4-MAN ROTATION!

Rain yesterday kept the Phillies from following up on their 17-run explosion Tuesday night.

Inclement weather is the best friend of a thin and arm-weary pitching staff and The Athletic’s Matt Gelb thinks the Phils have the leeway to adjust:

The Phillies will play 24 games in June and 15 of them are against the Braves, Yankees, Dodgers, Giants and Mets.

It will be a steep test for a middling team, but the Phillies have the luxury of designing the pitching blueprint however they want it.

Their reward for a packed schedule earlier in the season is seven days off in June.

The Phillies could run a four-man rotation for most of the month, and it appears they are leaning in that direction.