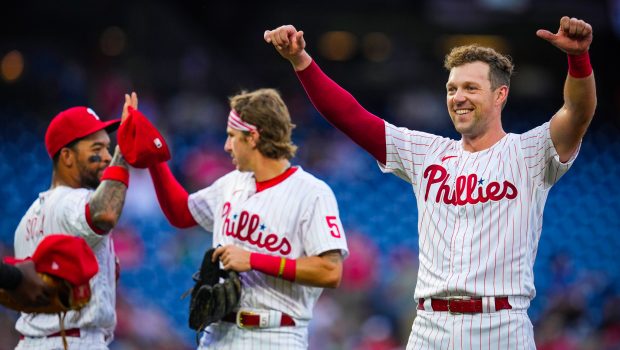 The Phillies stubbed their toe yesterday and lost to the Marlines 3-0.

That ended their amazing seven-game winning streak that has catapulted them into the No. 2 wild card playoff spot.

Here’s where ESPN ranks them:

Why, yes, it is the Phillies.

Some more stats from that span:

They rank in the top 10 in ERA, lowest average allowed, runs and slugging.

They’ve outhomered their opponent 92 to 58 and outscored them by 76 runs.

Good test upcoming: seven games against the Mets over the next two weekends