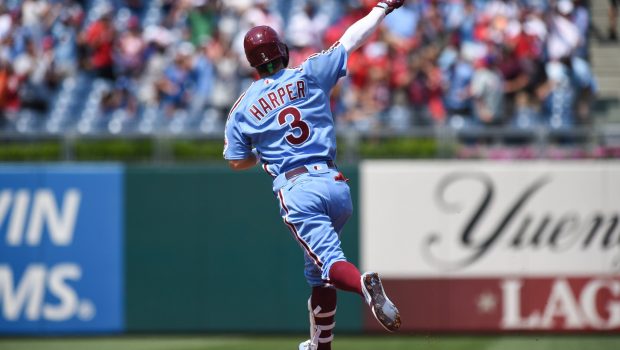 The Phillies are only 1 1/2 games behind the Atlanta Braves for first place in NL East.

Which is amazing, especially if you consider that the Phillies starting pitching has been spotty all season, which the exception of Zack Wheeler, who is the fave for the Cy Young award.

And the Phils would be nowhere this morning if not for the majestic season of right fielder Bryce Harper, who should win the NL MVP, as he did in 2015 for the Nats.

Even the Gray Lady of journalism, the New York Times, agrees, as James Wagner writes:

Fernando Tatis could still claim the prize because of his spectacular season overall — a .285 batting average, .988 on-base-plus-slugging percentage, 40 home runs, 25 stolen bases and 94 runs batted in.

But as the Padres have faded out of the postseason race, Tatis’s play has been characterized by injuries, inconsistent production and a dugout argument.

In that same span, Harper has produced video-game-like numbers:

Including Thursday’s game, Harper has played in 63 straight games since July 17, weathering nicks and bruises and fatigue to be on the field every day for his Phillies (80-74) as the team sat 1 1/2 games behind the Atlanta Braves in the N.L. East with eight games left.