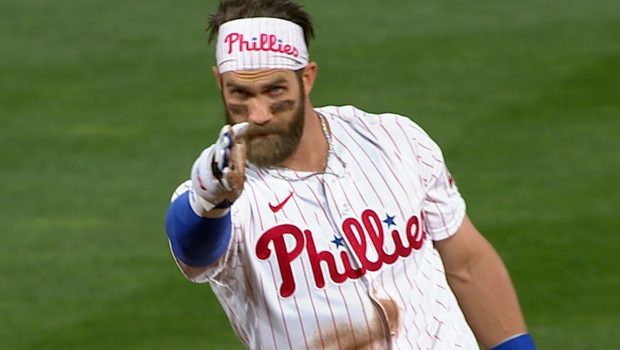 Harper hit a two-run shot in the third for his 25th homer of the season and Realmuto ripped a two-run single in the seventh after Arizona intentionally walked Harper to load the bases.

Harper went 2-for-3 with two walks and raised his OPS to 1.001, which trails only San Diego’s Fernando Tatis Jr. for the major league lead. The two are the front-runners for the National League MVP Award, but the winner might be the player who can push his team to the postseason. The Padres are still in the mix for the wild card after falling out of position last week for the second wild-card spot.

“Harper is swinging the bat really, really good,” Segura said. “He’s disciplined at the plate and he’s squaring balls up. He’s been huge for us all year long. To be able to see his name in the lineup every day is something you really respect because there’s not many people who are able to play every day, especially at this level. It’s unbelievable that this guy is able to do it each and every day.”