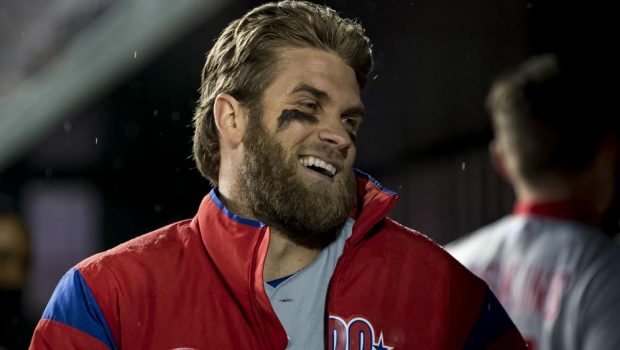 Perhaps the turning point in last night’s Phils 5-4 win over the Cubs occurred in the fifth inning.

J.T. Realmuto caught the ball and scurried to the plate with plenty of time to put the tag on Rizzo and end the threat.

“I thought I threw that ball to the third deck,” Harper said with a smile. “Just tried to throw it as hard as I could to the plate and was lucky enough to get Rizzo right there.”

The throw from Harper traveled 96 mph and covered 264 feet, according to Statcast, also helping to keep the Phillies’ starter in the game. Had a run scored, Arrieta would have likely been done for the night at 90-plus pitches, but the inning-ending double play kept him in the game.

Arrieta cruised in the sixth inning and allowed just one run over his six innings for his seventh quality start of the season.