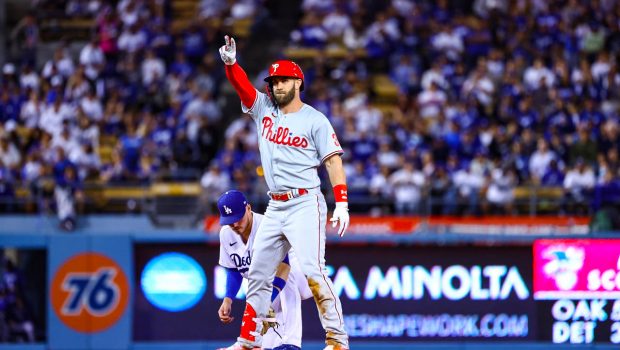 Bryce Harper doubled, homered and drove in three runs in the Phillies’ 9-7 victory over the Dodgers.

Harper crushed a homer to right off Tyler Anderson in the first to give the Phillies a 1-0 lead. He doubled in Alec Bohm in the fifth to extend that lead to 6-1, and then hit a sac fly in the ninth to help preserve the 9-7 lead.

Harper has now gone deep seven times, and driven in 22 with an .881 OPS

It was announced on Thursday that Harper has a small tear in his right UCL, and while that could lead to bigger trouble later, the DH position is allowing him to hit — and hit well.