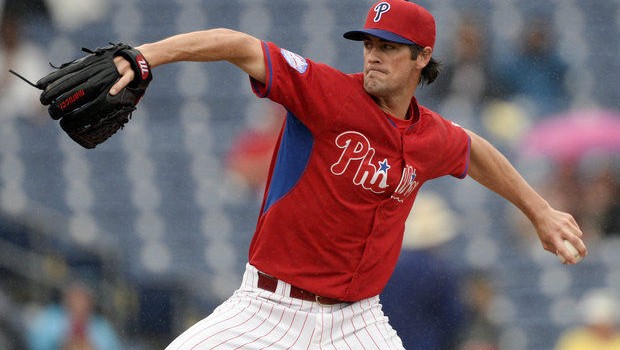 When Cole Hamels took the mound at Bright House Field today, he was performing for several different audiences:

The Clearwater crowd which came to see the Phils-Yankees;

Folks back in Philly who were just getting over the biggest snow of the season and were looking for some sun in their lives; and

Approximately 30 major league scouts who were checking out the 31-year-old lefty ace for a possible trade with the Phillies.

If Friday’s start is any indication, Phillies ace pitcher Cole Hamels is all systems go.

Making quick work of the Yankees, Hamels threw 22 strikes before exiting the game after two innings. By the time his day was over, Hamels struck out two, allowed one hit and did not surrender a walk.

Stephen Drew was the only Yankee to register a hit against Hamels, with a first inning single.

The first inning was vintage Hamels as he threw just 14 pitches, 11 of them for strikes. The game was scoreless as Hamels departed.