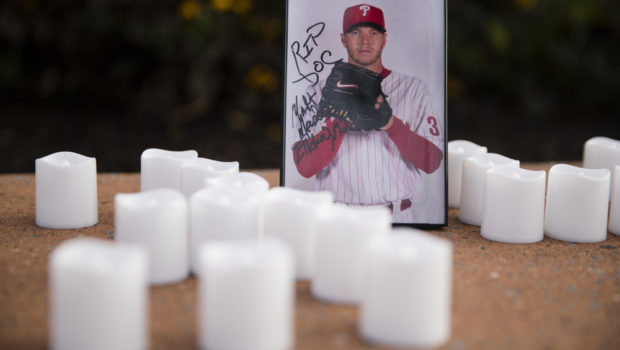 PHILS HALLADAY HITS THE HALL ON SUNDAY: HOW AND WHY HE DIED STILL HAUNTS US

Was Roy Halladay too high to understand what he was doing?

His family derives some comfort from the knowledge that the medical examiner did not find lorazepam in his system.

But the narcotics … the Ambien … the Prozac … the concentration of amphetamines alone could have killed him. He might have been too impaired to walk safely down the street. They think about that toxicology screen and they wonder if his darkness smothered him.

Did he take his own life? He was planning for the future: a second home in Denver, more time together. But depression is a powerful disease.

Finally, he stopped asking. But not because he believed the answers do not exist. If he just read one more report, studied one more video, asked one more question—if he just kept digging, he is sure, he could understand what happened to his son. He considered hiring a private investigator. Then he decided against it.

“I’ve kind of come to the conclusion that I don’t need to know exactly why,” he says. “I just know that it did happen. And I’m not going to investigate it anymore, because the more you get into it, the more grief you can cause yourself. Now I don’t have to concentrate on those things. I can think about what a cool kid he was.”

This is what he knows: At 11:47 a.m. on November 7, 2017, Little Roy took off from the lake in his backyard. He kept the wings level. The chaotic world shrank beneath him. Up there, it was quiet, and he was free.