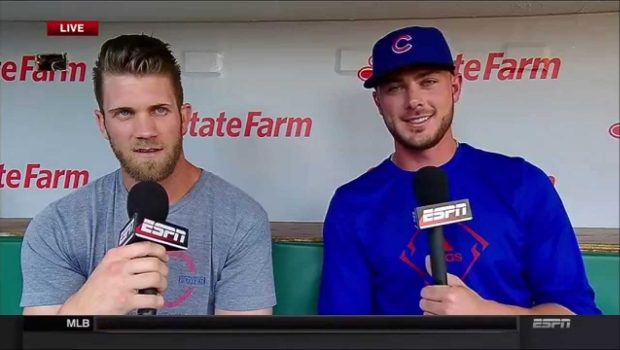 By virtue of his status as the team’s best player and leader, he is also the unofficial general manager.

Two years ago he lobbied for JT Realmuto’s signing, and voila the catcher was signed.

Now he is pushing GM Dave Dombrowski in another direction.

“Well, Kris Bryant and the Colorado Rockies are in tense negotiations right now. In fact, ownership of the Rockies, Dick Montort, has gotten involved in the negotiations with Scott Boras. Bryant could take a shorter-term deal there and regain his value by playing half his games in Coors Field.

However, the Philadelphia Phillies are also playing on Kris Bryant. Kris Bryant grew up with Bryce Harper in Las Vegas, their wives are very close, as couples they do a lot together and Harper is really pushing Dave Dombrowski, the president of baseball operations, to sign him. But it appears, right now, after Seattle made that trade (for outfielder Jesse Winker) with Cincinnati [Monday], it appears it’s down to Colorado or Philadelphia for Kris Bryant.”