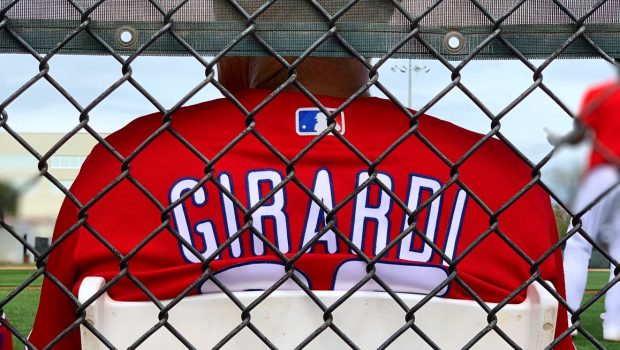 Joe Girardi’s message to the Phillies media and fans:

The Phillies manager informed everyone of that new dictum following Thursday’s game against the Miami Marlins, in which Jean Segura was used as a pinch-hitter then replaced by Nick Maton at second base. When asked about the switch, Girardi had this to say, per The Athletic’s Matt Gelb:

“Just so you guys know: We’re going to approach this different. I’ve talked to people in our organization. Just a manager’s decision. And I’m not going to share anything — who’s available, who’s not available — because I think it’s somewhat unfair to us. Just like if you were to do something, you’re not going to necessarily share it with a rival reporter. So, that’s the way we’re going to handle it. Just a manager’s decision.”

That “manager’s decision” comes two days after Girardi admitted to reporters he had spent the last few days being less than truthful about the status of Phillies star Bryce Harper.

First, Girardi said he was giving Harper a day off on Sunday when the outfielder was out of the lineup. One day later, he said Harper was again out because, per Gelb, he “went to bed last night, woke up this morning and said, ‘You know what? I’m going to give him another day.’ And that’s the reason.”

The actual reason was revealed Tuesday, when Harper was placed in the injured list with a wrist injury and Girardi said he lied for a competitive advantage.

“There is a distinct advantage to the other manager if I tell you a guy’s wrist is hurt,” Girardi said Tuesday after the Phillies placed Harper on the injured list with a bruised left wrist. “And the idea here is to win games. … I understand you want to know. But there are distinct advantages that I can give another club if they know everything that’s going on over here. So I’m sorry that I had to do that. But we’re trying to win games, and he’s just not ready to go. I thought he’d be ready on Monday or Tuesday. He’s not.”

But what MLB may be most concerned about is the effect Girardi’s decision has on sports betting, which the league suddenly cares about thanks to its lucrative partnership with MGM.

Simply put, gamblers don’t like losing money because a team withheld the fact that an injured player is hurt.

And yet Girardi claims that being transparent is “unfair” to the Phillies, even though nearly every other MLB manager will at least tell reporters when his player is dealing with something. Unlike the NFL and NBA, MLB doesn’t require teams to publish detailed injury reports. If more managers follow Girardi’s lead, that may change.