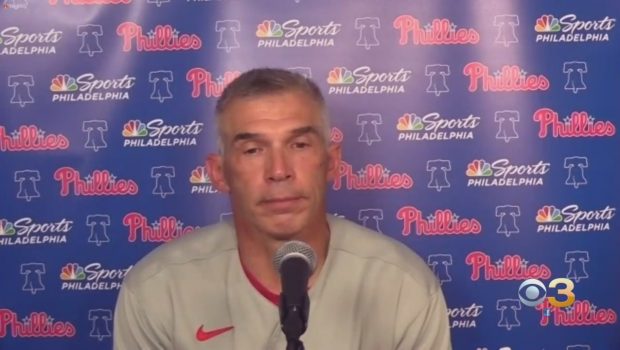 PHILS GIRARDI’S JOB IS SAFE AFTER HISTORIC MELTDOWN TO METS

The buzzards were calling for manager Joe Girardi’s hanging after the Phils stunning 8-7 loss to the Mets Thursday night.

Losing a 7-1 lead in the ninth inning will do that — and not just in Philly.

But big boss Dave Dombrowski is playing the long game:

“It’s not Joe’s fault that we’ve been shut out or scored one run seven times,” Dombrowski told the Inky.“

We’re a club that, he’s been in charge as far as handling situations. We’re prepared to play. We go out there on a day-in, day-out basis. We battle.