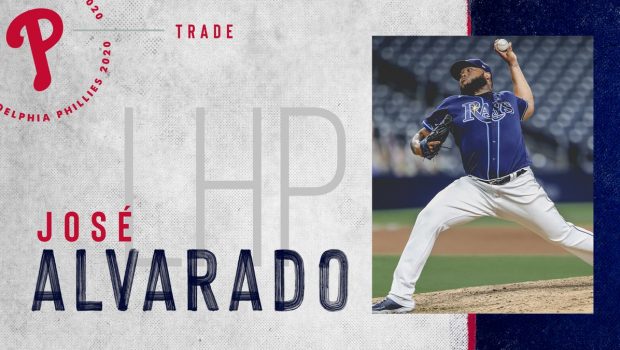 The Phillies have left-hander José Alvarado from the Tampa Bay Rays in a three-team trade with the Dodgers, wo received right-hander Garrett Cleavinger from the Phils.

Alvarado, 25, has back-end bullpen experience, and the Phillies are counting on Alvarado on being healthy and bouncing back from injury issues the previous two seasons.

Phillies have acquired left-hander José Alvarado from the Tampa Bay Rays in a three-way trade with the Los Angeles Dodgers. pic.twitter.com/2j2EYSToRu

But then he skied to a 4.80 ERA in 35 appearances in ’19, missing a month because of a personal matter in Venezuela and making two trips to the injured list because of a strained right oblique and an injured left elbow. He made only nine appearances for the American League champions in ’20 because of a shoulder injury.