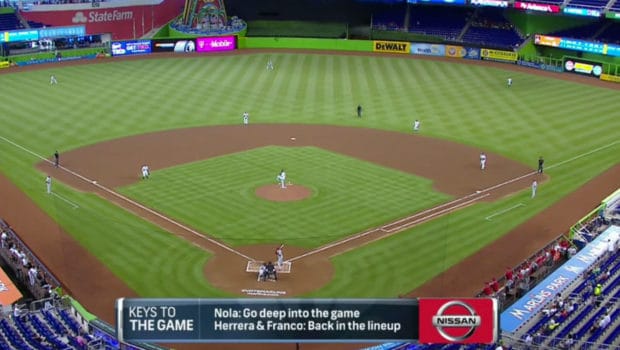 WHAT IF PHILS-FISH PLAYED A GAME AND NOBODY CAME? 1,590 DID!

The Phillies and Miami Marlins played Wednesday in Miami, and almost nobody showed up!

According to the AP, just 1,590 fans came to the afternoon game at Marlins Park.

According to the Score, excluding a 2015 game the Baltimore Orioleshosted the Chicago White Sox that was played behind closed doors because of citywide riots, Wednesday’s matinee was the least-attendedMLB game since Sept. 5, 1989. In that case, 1,528 fans showed watched the San Diego Padres beat the Atlanta Braves, 7-5, at the old Atlanta-Fulton County Stadium.

The Marlins long have struggled with attendance, even after the team unveiled its new stadium in 2012, which features a retractable roof to keep fans and players cool during Miami’s tropical summer.

The roof was closed for the game Wednesday because of high heat and humidity, which means the weather wasn’t to blame for the poor fan showing.