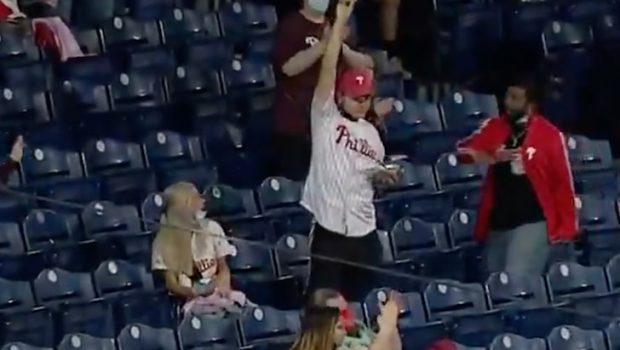 A Phillies fan made such an incredible 1-handed catch on a foul ball in the stands last night, even A-Rod praised the dude!!!

The insane stab all went down in the 7th inning of the Phils’ loss to the New York Mets, when Michael Conforto sent a pitch screaming down the left-field line.

And, get this … the guy didn’t even spill a drop of the ice cream he had in his other hand!!!

A-Rod — who was broadcasting the game for ESPN — said, “Get that fan a contract!”