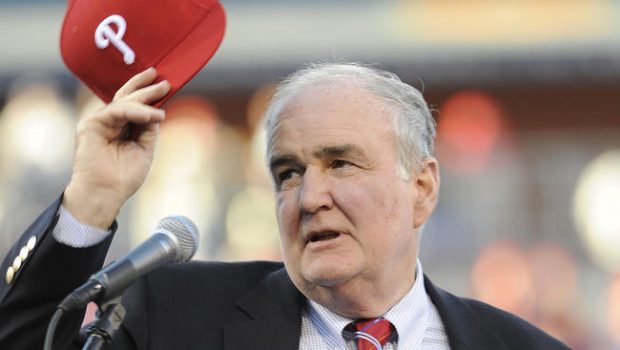 PHILS FANS CAN SAY THANKS TO DAVID MONTGOMERY TODAY AT CBP!

Montgomery, 72, died last month after a five-year battle with cancer.

“For all of us who had the privilege to work with David over the years, we experienced a true leader – a man who was the heart of the Phillies,” Phillies executive vice president David Buck said. “His legacy extends well beyond the Phillies and the game of baseball, so on June 6, we invite all of David’s friends and colleagues, as well as his beloved fans, to join us at his home away from home as we celebrate the life of this amazing man.”

Fans joining the memorial service should enter the ballpark through the Third Base Gate, which will open at 2 p.m. Parking will be free and available in Lots S, T and U.

Montgomery’s career with the Phillies began in 1971, working in the ticket office during the day and helping operate the scoreboard at night. He was later named the marketing director and then director of sales. He was promoted to executive vice president after the 1981 season.

Montgomery took a short leave of absence as president and CEO in August 2014 after he was diagnosed with cancer in May 2014. He returned January 2015 and remained active in this role until his passing, attending many of the team’s 2019 spring training games in Clearwater, as well as this year’s home opener at Citizens Bank Park.

He is survived by his wife, Lyn; three children, Harry, Sam and Susa; one granddaughter, Elizabeth and two grandsons, Cameron and Will.