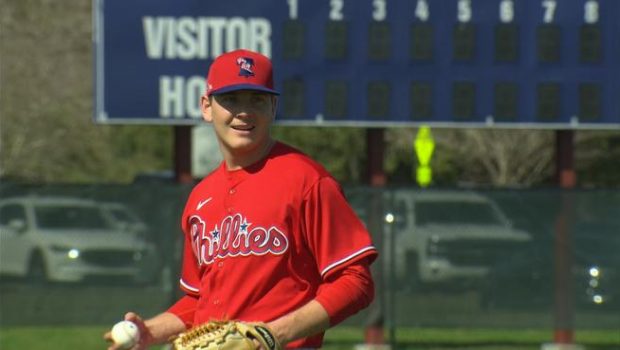 PHILS FANS ARE DYING TO WATCH SPENCER HOWARD IN THE BIGS!

Spencer Howard has Phillies fans dreaming that he’ll be the homegrown ace to replace the last one: Cole Hamels!

He has four out pitches: a fastball that touched 99 mph in the Arizona Fall League, a curveball, a slider and a changeup, which took a big step forward in the AFL.

The Phillies know Howard can be a stud, which is why this spring they brought the 23-year-old right-hander along slowly. They wanted to be careful with his workload early in the season, so he could help them later in the season.

But with games on hold for the foreseeable future, an innings limit might no longer be a consideration. Howard could be a big weapon for the Phillies in a potential postseason push.