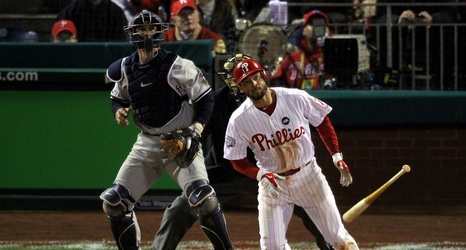 So, Kevin Frandsen is leaving the Phils radio booth to work in the same capacity for the Nats.

But now we have a tweet that everyone assumes means that fan fave Shane Victorino wants to replace him and join Larry Anderson on radio.

That’s all its says.

Phillies executive vice president Dave Buck told MLB.com that the Phillies are “…looking at all of our options right now.”