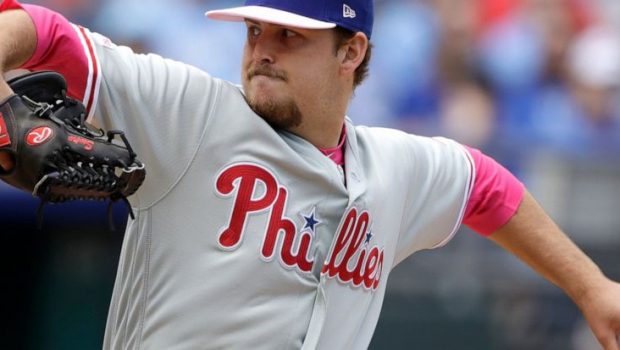 PHILS EFLIN ON IL WITH BACK TIGHTNESS, IRVIN RECALLED!

The Phillies have placed starter Zach Eflin on the 10-day injured list with mild back tightness retroactive to Tuesday.

Manager Gabe Kapler said he hasn’t decided yet on a replacement starter for tonight’s game at the Los Angeles Dodgers.

Kapler said he doesn’t expect Eflin to be out very long.

Eflin allowed three runs and six hits in 3⅔ innings Sunday in a loss to the Brewers.

In a corresponding move, lefty Cole Irvin (above) was recalled from Triple-A Lehigh Valley.