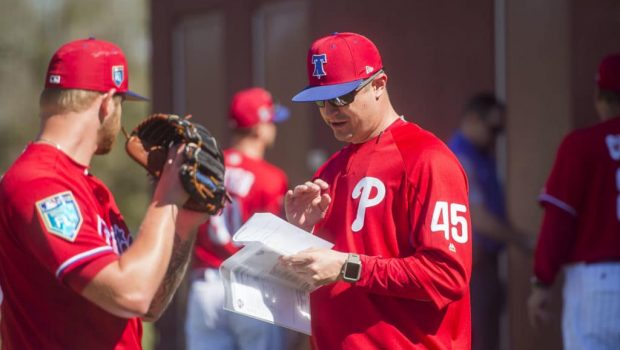 PHILS DUMP PITCHING COACH: WHEN WILL THEY GET SOME PITCHERS?

The Phillies have dumped pitching coach Chris Young, although he still could remain in the organization in an unknown role.

The team is not expected to decide the fate of manager Gabe Kapler until next week. The Phillies were a disappointing 81-81 this past season after adding free agent outfielder Bryce Harper into the fold.

While the Phillies bullpen dealt with a number of injuries, the starting rotation was healthy, but still was 11th in the league with a 4.64 ERA, and gave up 1.61 home runs per nine innings.

Young, 38, was an 18th-round draft pick by the Colorado Rockies in 2002 and played in the minor leagues for the Rockies, Pirates and Marlins. He came to the Phillies as an assistant pitching coach in 2017 after working three seasons in scouting for the Houston Astros.