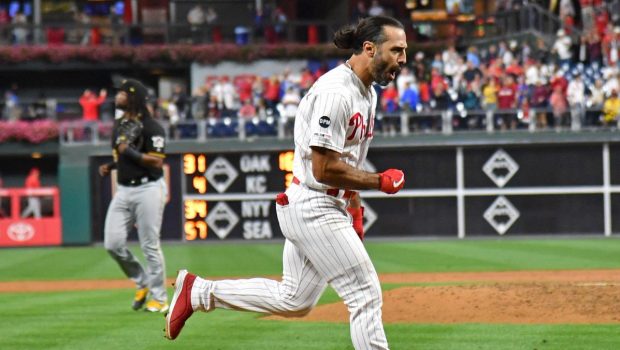 Phillies fans and assorted media have since proceeded to spend the day bashing the player who just won the team the game last night.

“Shut up and play,” said the guy who co-founded the Wing Bowl. A host of a different sports talk radio station’s morning show contested that fans of a team that has failed as routinely and remarkably as the Phillies could even be entitled. Another person at that station called last night’s hero a “pathetic dude” and griped that Rodriguez “literally used his only time that the media even cared to talk to him, to bash Philly fans.” A Phillies reporter said that Rodriguez “could have built genuine goodwill and portrayed himself as accountable and understanding of the criticism,” but didn’t.

There’s more if you want to search for it. Fans are upset that Rodriguez is complaining when he’s been 2-for-22 the past month, when he’s a career .226 hitter, when he [something, whatever, you get it by now] and, even if he has a point, when he has only played 55 games with the Phillies. Some people want him cut.

Of course many of Rodriguez’s critics are indeed acting entitled. The thinking here goes that because Phillies fans are particularly die-hard (or whatever), or because they shilled out x-hundred dollars for decent seats, they should get to boo or heckle the home team if they want.