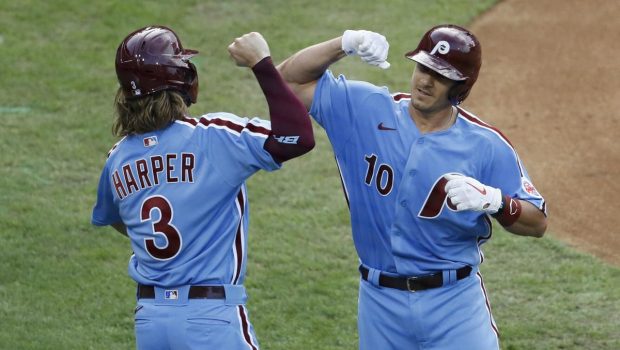 PHILS DODGED A BIG BULLET WHEN THEY BROUGHT BACK JT!

The Phils made a splash late yesterday by bringing back catcher JT Realmuto with a five-year, big-bucks contract, $115 million.

And they deserve props for signing the best catcher in baseball.

But let’s get serious.

The only reason they were this desperate for a deal is because they had blown a chance to cut one last year.

They Phils traded their best pitching prospect, Sixto Sanchez, to the Marlins in February 2019 for Realmuto.

All last season, they had a chance to lock him in and they failed.

So he went to arbitration and even though the Phils offered him $18.9 million he passed.

Realmuto, who will turn 30 in March, is a two-time All-Star, two-time Silver Slugger, one-time Gold Glove Award winner, and a rare dual threat at catcher, known for his standout athleticism.

During his All-Star campaigns with the Miami Marlins in 2018 and the Phillies in 2019, Realmuto hit .276 with an .822 on-base-plus-slugging percentage and averaged 23 home runs a season. During the pandemic shortened 60-game 2020 season, he hit .266 with an .840 O.P.S. and 11 home runs. Although he plays a physically demanding position where players’ skills decline rapidly, Realmuto has regularly ranked among the best defenders and fastest runners among catchers in recent years.

Buster Posey of the San Francisco Giants ($167 million over nine years) and the former Minnesota Twin Mauer ($184 million over eight years) — both of whom won Most Valuable Player Awards in their careers — both signed deals larger than Realmuto’s contract, but those were extensions. Realmuto topped catcher Brian McCann, who signed a five year, $85-million contract as a free agent with the Yankees in 2013.

The Phillies have spent big in recent years, signing players like pithcers Jake Arrieta and Zack Wheeler, and the outfielder Bryce Harper. They are expected to have a payroll among the top 10 in baseball in 2021, but have not had a winning season or reached the playoffs since 2011. They went 28-32 in 2020.

The road will be tough again for the Phillies in the National League East this year, with the defending division champion Atlanta Braves, the Washington Nationals and the Mets having upgraded their rosters this winter. The Marlins were also a surprise playoff team last year under the expanded format. 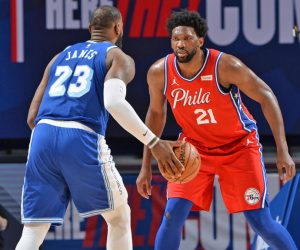 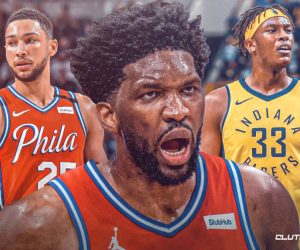 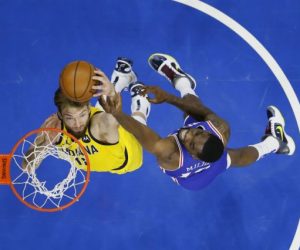