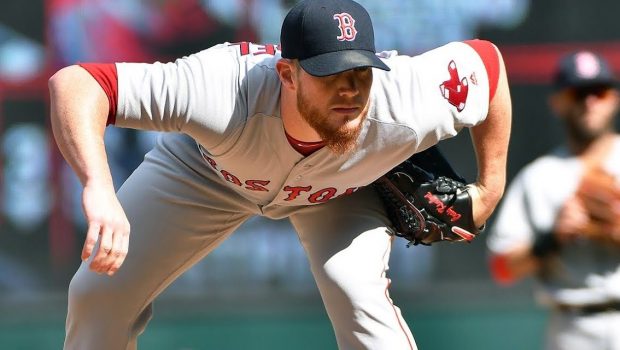 PHILS DESPERATE FOR A CLOSER: HOW’S CRAIG KIMBREL ON MONDAY!

The Phillies, Braves, Twins and Rays are all planning to go after free-agent closer Craig Kimbrel when his draft pick compensation comes off at 12:01 a.m. ET on Monday, according to MLB Network.

Teams will also be after Dallas Keuchel as well.

Several other unnamed teams are interested in Kimbrel too, according to the report.

Kimbrel was given a one-year qualifying offer by the Red Sox this offseason, which has a draft pick attached to it. That means if a team is to sign Kimbrel, it will have to give up a pick to get him as well as the contract he agrees to.

But on Monday when the MLB Draft rolls around, that draft pick compensation falls off, which means teams can simply sign Kimbrel and not have to worry about giving up a selection to get him.

The seven-time All-Star was reportedly looking for a deal worth more than $100 million this offseason, but that seems way too high now.

Kimbrel could theoretically sign a one-year deal with a team and go back to free agency next year with no pick attached to him, which makes it less of a problem for teams to sign him.