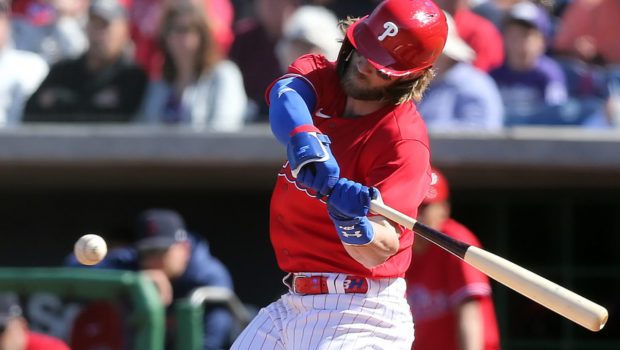 WHY PHILS DECADE IN THE PLAYOFFS WEEDS WILL END THIS SEASON!

The Phillies and Braves kick it off at Citizens Bank Park today.

The Braves are looking for their fourth consecutive NL East title, while the Phillies are aiming for their first season above .500 since 2011.

The Phillies will send ace right-hander Aaron Nola to the mound to face lefty Max Fried.

The Phillies open the season with a similar lineup to the one they used in 2020 and with a similar goal: make the playoffs for the first time since 2011.

This is the third season of Bryce Harper’s 13-year contract. He had a strong 2020 (13 homers, .420 on-base percentage), but one of the worst bullpens in baseball history ultimately cost the Phillies a spot in the expanded playoffs. Harper will again be joined by J.T. Realmuto in the Phillies lineup after the catcher signed a new, five-year deal with Philadelphia in the offseason.

Nola is making his fourth straight Opening Day start, and he’s had success against the Braves in the first game of the season in recent years. Nola is 1-0 with a 1.59 ERA in two Opening Day starts against Atlanta.