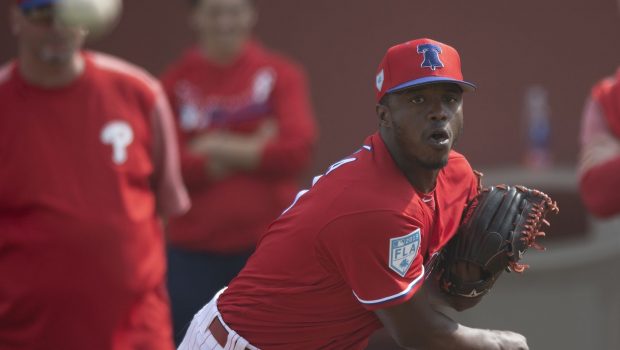 The Phillies have traded 24-year-old right-handed reliever Edgar Garcia to Tampa for a player to be named later.

The Phillies carried 11 relievers on their opening day roster last month but Garcia was not one of them. They designated Garcia for assignment last Thursday to make room on the 40-man roster for Alec Bohm.