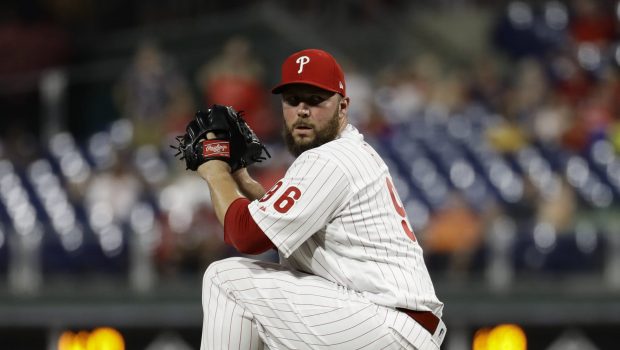 PHILS CUTCH AND HUNTER SHOULD BE HEALTHY FOR DELAYED SEASON!

Even though they have dispersed to their homes, there are advantages to the Phillies starting the season in May and possibly June instead of March 26.

Left fielder Andrew McCutchen should have ample time to rehabilitate his knee. The 33-year-old tore his left ACL last year and was expected to be ready to join the Phillies’ lineup at some point in April. With the season pushed back until at least May 10 — quite likely longer than that — McCutchen should be good to go for the year’s first game, barring any sort of setback.

McCutchen’s presence would push Jay Bruce into a more limited role and likely mean that one of Nick Williams or Roman Quinn misses out on the 26-man roster. Given that Williams has a minor league option remaining and Quinn does not, it seems likeliest that Williams would be the odd man out. The Phils have explored trading Williams in the past, and one would imagine that with a full-strength outfield that possibility would be a bit likelier.

The composition of the bench is of extra note given the abnormally large slate of non-roster players in camp hoping to secure a backup job with the Phillies; Josh Harrison, Phil Gosselin, Neil Walker, Logan Forsythe and Ronald Torreyes are among the slew of infielders they signed to minor league pacts this winter.

On the pitching side of things, the projected delay ought to give right-hander Tommy Hunter (above) time to ramp up. He’s on the mend from 2019 elbow surgery and was expected to miss the first month of the year prior to the shutdown. Hunter’s health is far from a given after he missed nearly all of last year with a forearm injury, which is why he took a one-year, make-good deal that only promises him an $850K base salary. But when healthy, Hunter has turned in 69 1/3 innings of 3.50 ERA ball with the Phillies. Considering the overwhelming number of injuries that left the Philly bullpen in a state of disrepair a year ago, any healthy contributions from the veteran Hunter will be a most welcome addition.

As is the case with the bench, the Phillies have a deluge of veterans competing for bullpen jobs on non-roster deals. Francisco Liriano, Drew Storen, Bud Norris, Anthony Swarzak and Blake Parker were all invited to camp. A healthy Hunter leaves one less spot to win.