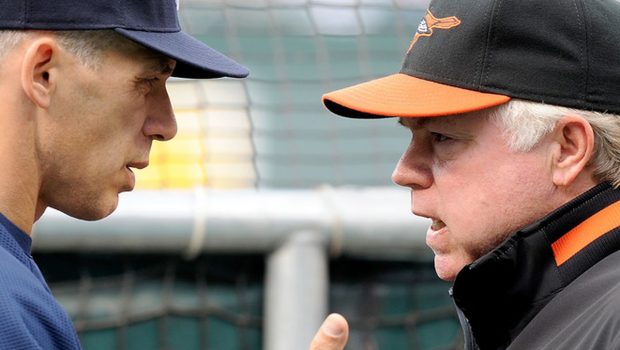 The Magical Mystery Tour that the Phillies search for a new manager has become is almost over.

Joe Girardi (above left with Buck Showalter) was the third and final candidate to have a second round of interviews yesterday for the Phillies’ managerial vacancy.

He met with Phillies managing partner John Middleton at Citizens Bank Park. Dusty Baker had a second round of interviews last Thursday. Showalter had his second round last Friday.

Before the Phillies dismissed Gabe Kapler almost two weeks ago, Showalter was the presumed front-runner because of his ties to Phillies president Andy MacPhail, Klentak and Rice, as the group worked together in Baltimore. But Girardi might be the preferred candidate.

Girardi, 55, managed 10 seasons with the Yankees, his final season coming in 2017. His 2009 team beat the Phillies in the World Series. He could be the ideal mix of traditional and modern baseball. The Phillies want somebody that will accept and employ analytics like other winning organizations, and Girardi embraced analytics with the Yankees.