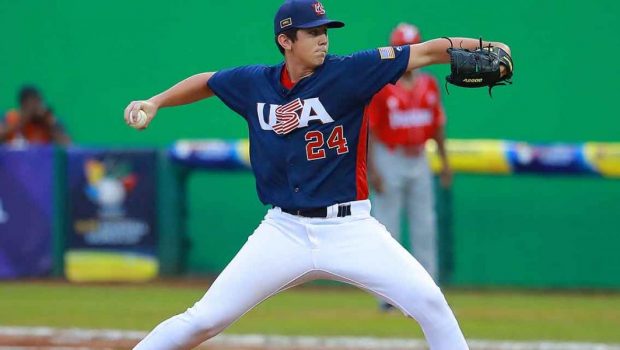 PHILS CONSIDERING 19YO PAINTER AS A 2023 STARTER!

According to Matt Gelb of The Athletic, the Phillies are considering Andrew Painter for their season-opening starting rotation.

Gelb says that the Phillies’ fifth-starter role is not Painter’s job to lose at the moment, but he could force his way into the opening day roster with a strong performance this spring in Grapefruit League games.

The electrifying 19-year-old right-hander is considered one of the top pitching prospects in baseball after posting a terrific 1.56 ERA, 0.89 WHIP and 155/25 K/BB ratio across 103 2/3 innings (22 starts) last season in three levels in the lower minors.

It would be an incredible development if he were to open the 2023 season in the majors as a teenager.