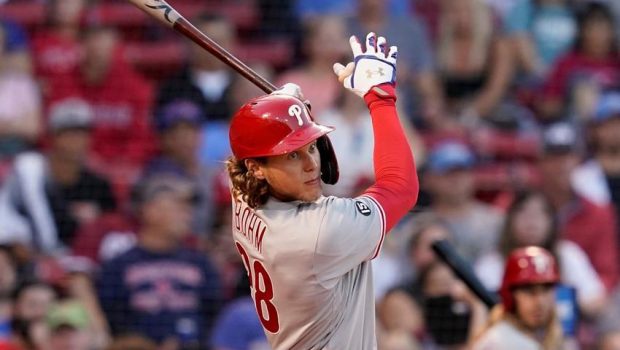 The Phillies made a roster change yesterday that really wasn’t a tough call:

They optioned Alec Bohm to Triple-A Lehigh Valley, making room for Rhys Hoskins, who came off the injured list.

“I think this would be the best for him [to] give him an opportunity to get regular reps [and] get back to being the player that we know he can be.”

In his rookie season last year, Bohm batted .338 with an .881 OPS in 2020 and finished as National League Rookie of the Year co-runner up.

There is no timeline for when Bohm could reappear in the big leagues or any set target in terms of numbers that he needs to put up before he gets the call again.

With less six weeks left in the regular season, could that return come this year?

“It’s difficult to say,” Fuld said. “But I think as we’ve seen, a lot of things can happen over the course of the season, especially now in the COVID era, where players, unfortunately, can be out of action en masse. We don’t hope that by any means, but the reality is that it’s really difficult to predict.

“Five or six weeks is a lot of time to prove yourself. We know that we are going to be the kind of team that we want to be with him in the middle of the lineup and playing to his abilities.”