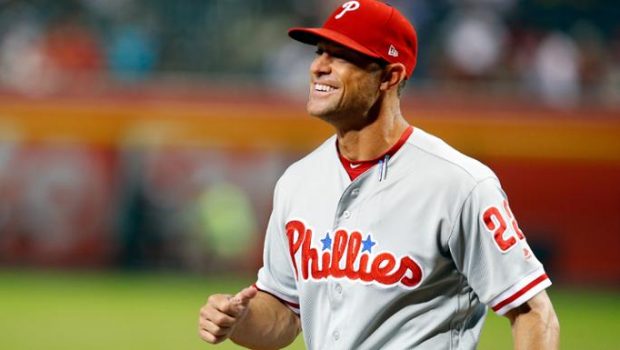 But it is amazing.

So, why does Gabe Kapler seem so blase about it?

A little more than a week ago, the Phillies hoped Friday would be the beginning of a series with National League East title implications. Instead, the Braves eliminated the Phillies from the postseason last weekend in Atlanta and the Phillies are playing out the string, hoping to snap a season-high eight-game losing streak and maybe finish .500.

“I’ve been spending a lot of time thinking about it,” Kapler said at the beginning of his word salad. “And I think, quite simply, we can prepare better to be prepared for August and September and being strong through those months. I thought we did a really good job of being a really good version of this club for the first four months of the season. And I think, going forward, spending this offseason right now beginning to prepare for next year’s August and September is the adjustment that has to be made and we’re very excited to get to.”

But what does that mean exactly?

“I think from a mental-preparation standpoint, it’s acknowledging the difficulty of getting to August and September, and then understanding once it gets there, it becomes even more challenging,” Kapler said. “So I think the preparation is having the conversation about what might come up. I’ll tell you what, the fact that we went through this once in August and September, and a lot of our young, developing players experienced the pressure and the magnitude of the situation, they are better equipped to handle it next year in 2019.”

“We have a tremendous amount of resources with the Philadelphia Phillies,” Kapler said. “I think the players, if nothing else, will tell you how deeply I care for them and how much effort and energy I put into putting them to be in a position to have success. I think we run a clubhouse where players feel like they can be themselves. They don’t have to put on any acts. So for all of those reasons and the obvious [one] that we are going to get more competitive, that we are going to make adjustments, that we are going to be better in 2019 than we were in 2018, I think this is as attractive a destination as there is in baseball.”