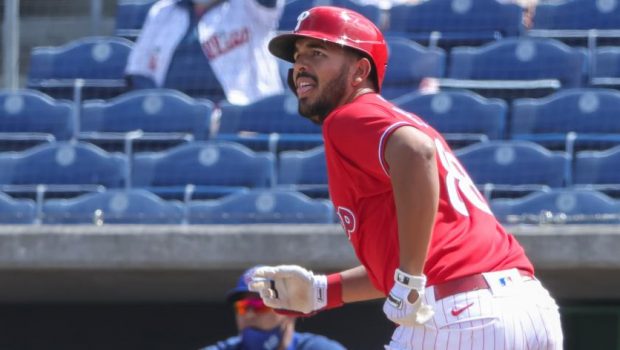 Hall’s left-handed bat won’t make up for the loss of Bryce Harper, of course, but he’ll give interim manager Rob Thomson another option with some power to mix-and-match while the reigning MVP is sidelined.

Phillies are calling up Darick Hall from Triple A. He hit his 20th HR last night at AAA. He is a lefty bat and the team could use one