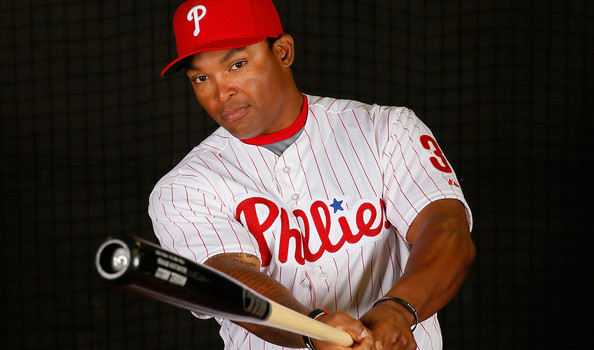 PHILS’ BYRD MAY BE FLYING TO SEATTLE

The Phils took a break for the All-Star game after yesterday’s 10-3 pasting by the Washington Nationals, and if a report from Seattle is accurate their fire sale is about to begin.

According to Ryan Divish of the Seattle Times, the Phillies and Mariners have had “serious” discussions about a trade that would send outfielder Marlon Byrd to Seattle. Byrd, who has a limited no-trade clause, would reportedly agree to the trade.

Bryd has been one of the Phillies best hitters this season, as he heads into the All-Star break batting .263 with 18 home runs and 54 RBIs. It is not clear what the Phillies would get back in any trade, but netting a young prospect for the older Byrd would go down in as a win for the general manager.

If Byrd goes, it is only a matter of time until other players start to get moved as well.