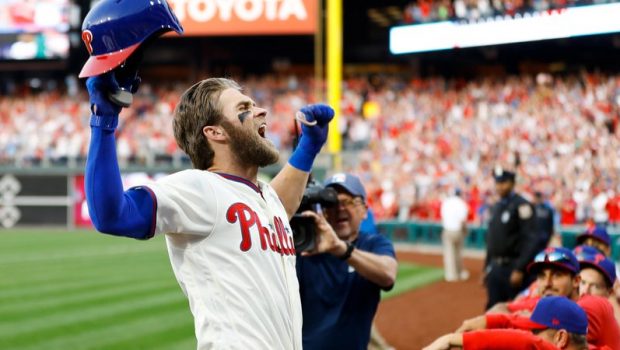 The National League MVP award winner will be announced today at 6:30 on the MLB Network.

And the Phils Bryce Harper is the leader in the clubhouse because:

He almost single-handedly kept the Phillies in contention in the NL East entering the final week of the season.

He tied for 17th in stolen bases (13). Harper is only the fourth outfielder in baseball history to have at least 100 runs, 100 walks, 40 doubles and 35 home runs in a season. Babe Ruth, Stan Musial and Barry Bonds are the others.

Odds as of November 15 at BetOnline Sportsbook