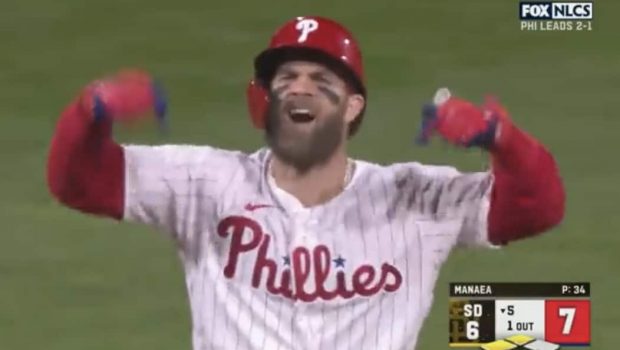 PHILS BRYCE HARPER IS MVP OF NLCS — NO KIDDING!

Bryce Harper was named as the Most Valuable Player of the National League Championship Series.

All he did was hit .400 with a pair of homers and five RBI — including a go-ahead two-run shot in the eighth inning in Game 5 on Sunday that propelled the Phillies to the World Series.