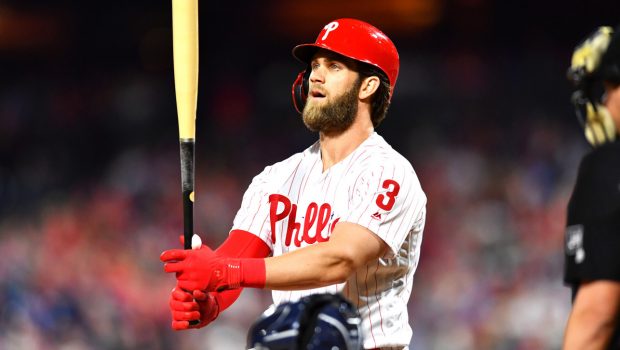 So, how did the Phils Bryce Harper do yesterday in the 2-hole?

Offensively, the Phillies tried to shake things up by swapping Harper and Jean Segura in the batting order.

Harper, hitting second for the first time this season, went 1-for-4 with a strikeout, though all three balls he put in play had an exit velocity of at least 99 mph, according to Statcast.

Segura, meanwhile, hit a first-inning homer out of the three hole — just as he had done one day earlier hitting second.

The Phillies, however, would manage just three more hits and a pair of unearned runs on a Segura RBI groundout and a Rhys Hoskins sacrifice fly.