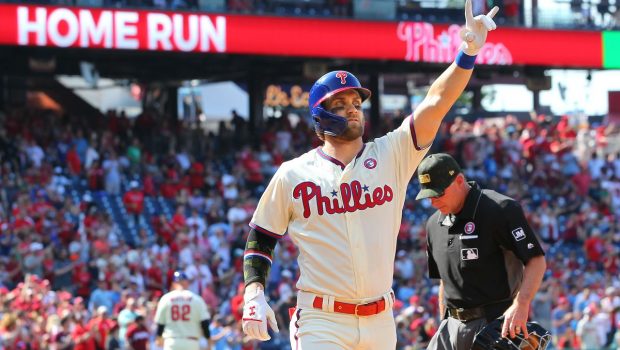 PHILS HARPER DOUBLES DOWN: 11 EXTRA BASE HITS IN 13 GAMES!

Don’t look now, but Bryce Harper, the Phillies $330 million man, is on fire.

He doubled twice in yesterday’s loss to the Cards and has multiple extra-base hits in three straight games for just the second time in his career.

His 11 doubles in May are his most in a month. He has back-to-back games with at least three hits for the fifth time in his career and first since August 2018.