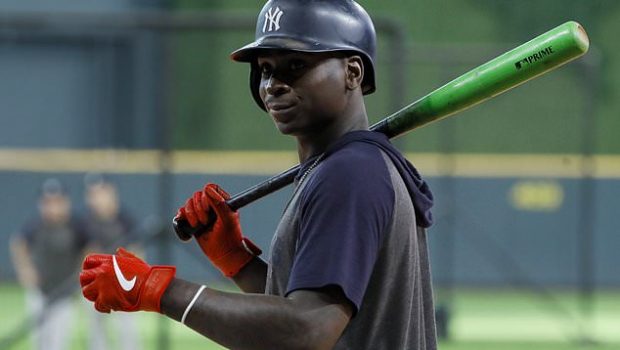 The Phillies have struck a deal with free-agent shortstop Didi Gregorius on a $14 million, one-year contract.

Girardi replaced Gabe Kapler as the Phillies’ manager following a disappointing season in which they faded to fourth place in the NL East. The team went 81-81 despite signing slugger Bryce Harper to a $330 million, 13-year contract.

Gregorius’ 2019 debut was delayed until June 7 after Tommy John surgery on Oct. 17, 2018, to repair an elbow ligament torn during Game 2 of the AL Division Series at Boston. The left-handed hitter batted .238 with 16 homers and 61 RBIs this year, leaving him with a .264 average, 110 homers and 417 RBIs in eight major league seasons.

“Didi has been a great player for us. He’s a great person,” current Yankees manager Aaron Boone said. “Teams are lucky to have him because he’s a really good player. And I think obviously going into a winter where he’s healthy, would expect a really full, productive season from him.”

Gregorius’ departure leaves the Yankees even more right-handed, especially with switch-hitting Aaron Hicks sidelined until at least mid-season following Tommy John surgery. The Yankees had 71.2% of their plate appearances by right-handed batters this year, according to the Elias Sports Bureau, their most since moving into the original Yankee Stadium in 1923.