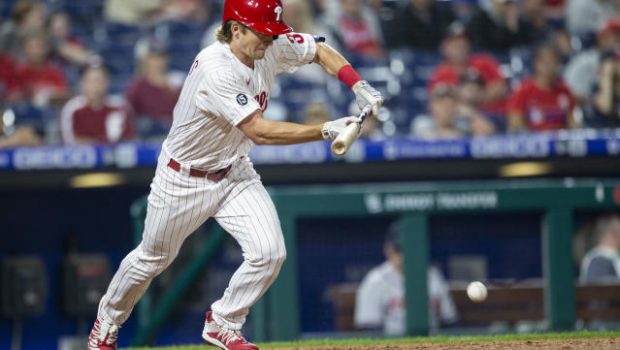 The Phillies have selected the contract of infielder Luke Williams from Triple-A Lehigh Valley and reinstated right-handers Chase Anderson and David Hale from the COVID-19 injured list, optioned lefty Cristopher Sanchez and placed reliever Brandon Kintzler on the 10-day IL (retroactive to Monday) with a neck strain.

This is the first major league opportunity for Williams, a 24-year-old who has been with the Phillies since they drafted him in Round 3 in 2015. Williams now ranks as the Phillies’ 29th-best prospect at MLB.com, which compliments his high-end speed, defensive versatility and improving offense. Indeed, in his Triple-A debut this year, Williams has slashed a marvelous .352/.439/.465 with three stolen bases in 82 plate appearances.

Kintzler, meanwhile, has gotten off to a rough start this year after joining the Phillies on a minor league contract in the winter. The 36-year-old previously established himself as a competent reliever with multiple teams, but he has only managed an 8.50 ERA in 18 innings this season. To Kintzler’s credit, he has continued to induce groundballs and limit walks at above-average clips, and his 3.47 SIERA suggests better days may be ahead.