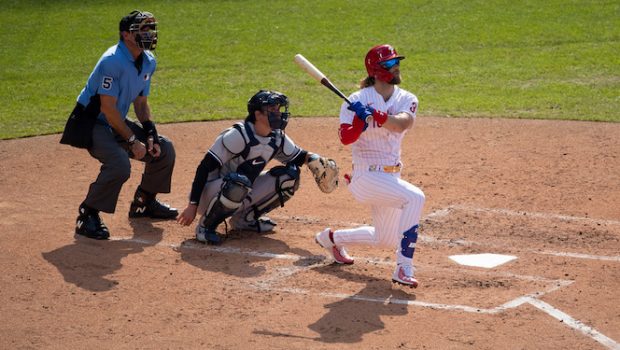 Last night’s Phils-Braves game at Citizens Bank Park was rained out, and they’ll play a doubleheader of seven-inning games on Sunday.

The Phillies now have six doubleheaders on the schedule and already played a seven-inning twinbill against the Yankees on Wednesday.

The Phillies have to make up a week’s worth of games because a coronavirus outbreak among the Marlins forced them to take a week off after several Miami players had the virus during a weekend series in Philly to open the 60-game season.