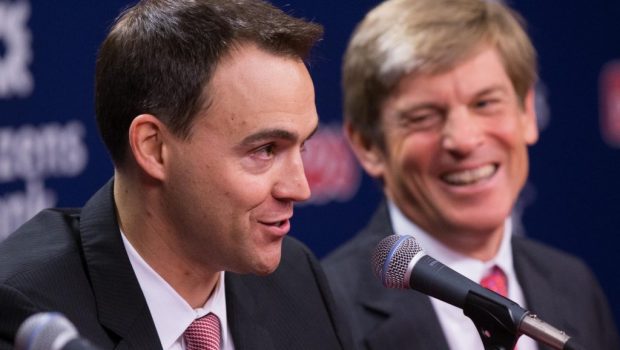 PHILS BOY WONDER GM KLENTAK ON THE HOT SEAT, AND HE KNOWS IT!

They are baseball’s endangered species, all under one roof in Southern California, knowing that by next year’s annual winter meetings in Dallas, there may be a whole lot of missing faces.

Last year, managers were the ones on the hot seat, and there wound up being eight vacancies after the 2019 season.

This time, it may be the general managers’ turn.

Several owners already put their GMs on notice at the end of the season.

“There is a general acknowledgment, whether joking or not, the day you take a job as a GM,’’ Klentak says, “is the day you know you’re signing up one day to get fired.

“You know, that reality is always there, but it’s not an area of focus for most people. So I think the job is busy enough. There’s not enough time to reflect on things like that. You have a focus. And the focus is to do the best thing for your franchise.’’

Middleton fired Kapler believing he was not the right man to lead their team to the postseason. If they miss it again, it may be Klentak’s turn.

“We committed a lot of money, we’ve gone through a painful rebuild, and we have a fanbase that’s ready to win,’’ Klentak said. “So for us declaring that now it’s important for us to win is perfectly fair because it’s true. Whether the owner says it, the GM says it, or the manager says it, the most important thing is that you have consistency among your messaging from all levels of the organization. And I think we have that.’’

“Look, it’s a competitive landscape. Things change. Baseball is a high-profile industry, but by no means are we the only industry whether there are leadership changes. For valid reasons, or confusing reasons, it happens. We’re not immune from that.’’