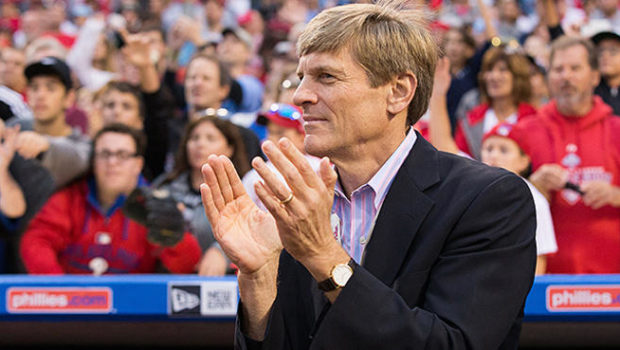 If you have been wondering what the difference is between the old-school Phillies, who were penny-pinchers, and the new-school Phils, check out what big boss John Middleton told NBC Sports Philly’s John Clark yesterday:

He said the team was “very” active in pursuing potential upgrades. Middleton went on to say that he would “love” to do something on that front.

Middleton made the comments as a number of attractive free-agent pitchers, including Jake Arrieta, Alex Cobb and Lance Lynn, remain unsigned.

“We wouldn’t be out talking to people the way we are if we didn’t think that we could get that little extra push,” Middleton said. “I think we all feel this way. [It] just has to be done in an intelligent, thoughtful and reasonable way.