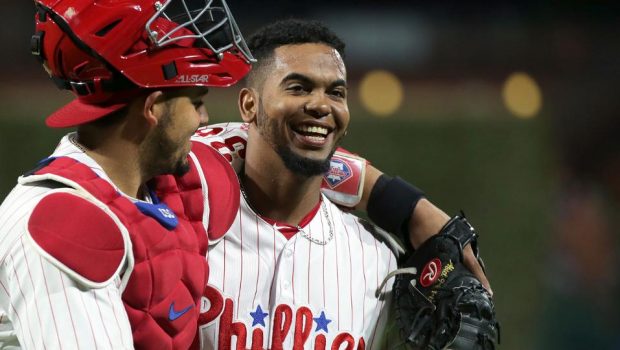 PHILS BETTING SERANTHONY MAKES IT BACK FOR ’22 — ARE YOU IN?

The Phillies provided an early answer to one question heading into tonight’s deadline for offering 2021 contracts to players who are eligible for salary arbitration.

They not only offered Seranthony Dominguez a contract, they signed him to a one-year deal worth $727,500, according to a source who confirmed a report by MLB.com.

Dominguez, 26, has not thrown a pitch in the majors since June 5, 2019, and it’s highly unlikely that he will do so in 2021 as he recovers from elbow reconstruction (Tommy John) surgery performed in July.

The Phillies are betting on Seranthony Dominguez making it back in 2022, writes @JSalisburyNBCS. https://t.co/oOzoq7LB7u