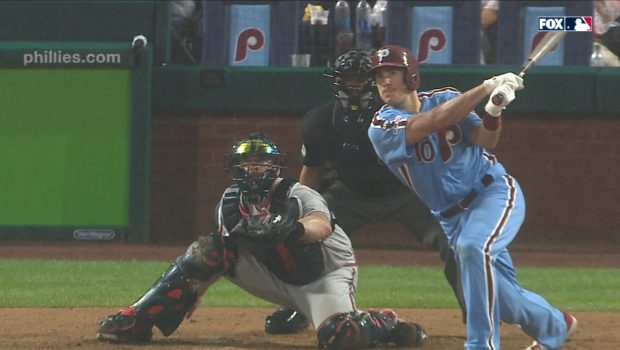 The Phillies are a week into spring training and their best player still doesn’t have a contract:

A year ago they traded Sixto Sanchez, Jorge Alfaro and Will Stewart to the Marlins for Realmuto because they believe he can be part of their core for years to come. At the very least, it needs to happen before the end of the season, but it would be better for everybody if it happens before Opening Day.

“I try not to operate with hard deadlines or operate in absolutes,” Phillies general manager Matt Klentak last Thursday. “So yes, it would be nice to have some resolution prior to Opening Day just so it’s not a distraction — mostly the player, but even to us during the season. I still feel very strongly that I would like to do that. … Once we have a resolution to the [2020 salary arbitration hearing], we’ll come to the table and see if we can find common ground on a long-term deal. I hope that we can, and if we can’t, we could always continue those talks during the season or even into free agency if we can.”