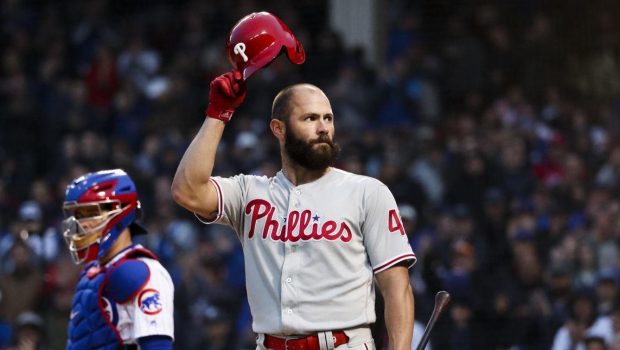 PHILS ARRIETA HOPEFUL AFTER SURGERY: REAL OR A FEVER DREAM?

Look at it this way:

If Jake Arrieta isn’t bullish about his recovery from 2019 surgery to repair a bone spur in his throwing elbow no one will be.

The Phils shelled out $75 million two springs ago to the 2015 Cy Young award-winner.

And they must be wondering now if that was a waste.

Arrieta had a left knee issue in 2018, which required surgery early last year. He then pitched with a bone spur in his right elbow in 2019, which ended his season early and required surgery. He went 18-19 with a 4.26 ERA in 55 starts over the past two seasons, and he posted a 3.8 WAR, according to Baseball-Reference.

“Yeah, look,” Arrieta told MLB.com, “I’m trying to do the best I can each and every day, regardless of injury or no injury, performing well or not, I’m doing everything I can to control the way I prepare and take care of myself to the best of my ability. If I’m able to do that and stay healthy, the performances will be good.”

Arrieta stopped throwing his cutter late last season because of the pain in his elbow. He considered his curveball to be less effective, too.

Maybe those things will be better this year.

“When you go out there with just a fastball and a changeup — and the changeup’s really not even that good at the time — it’s hard to get outs,” Arrieta said. “It’s hard to pitch two times through the order and three times through the order was almost undoable. But not having that issue anymore and being able to feel free and easy and not be restricted with my elbow is going to be really good for me.”

And maybe good for the Phillies.

“This year, I believe will be different,” Arrieta said. “Everybody in here does.”