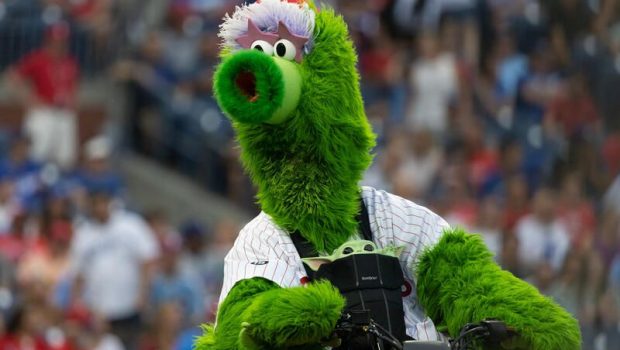 PHILS ARE USED TO SETTLING, AS THEY DID IN PHANATIC SUIT!

The Phillies have resolved their copyright dispute in a New York Federal court with the creators of the wildly popular Phillie Phanatic.

Former Muppet designer Bonnie Erickson and her husband Wayde Harrison had attempted to terminate the 1984 transfer of their rights under a provision of the Copyright Act.

The order also allows the parties to reinstate the case within 30 days.

The settlement comes around two months after U.S. Magistrate Judge Sarah Netburn recommended that the team be allowed to keep using its modified version of the furry green monster, even though Harrison/Erickson Inc had successfully terminated the Phillies’ rights in the original design.

The Phillies and their attorney David Wolfsohn of Duane Morris didn’t immediately respond to a request for comment, nor did H/E’s attorney Paul Montclare of Mitchell Silberberg & Knupp.