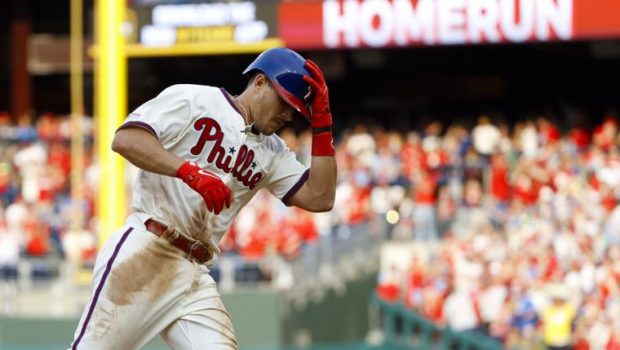 The Phillies have a five-year, $100 million-plus offer on the table for Realmuto.

They almost certainly will need to go higher.

It is difficult to believe the Phillies would get that close and walk away over a few million.

But who are they competing against anyway?

FanSided not only mentioned the Braves, but also said West Coast teams have expressed interest. The Nationals continue to be mentioned as a possibility. If Realmuto signs with the Braves or Nationals, there would be plenty of upset Phillies players heading to Clearwater, Fla., for Spring Training. It is one thing to lose Realmuto, which nobody wants. It is something entirely different to lose him to a National League East rival.

Yikes. It is why the bet here is that Realmuto will return to Philly.