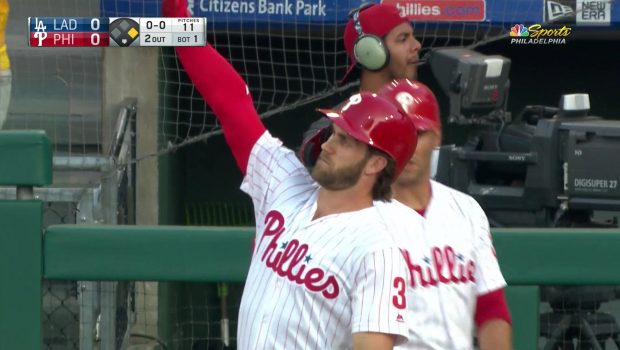 PHILS ARE RISING AS BRAVES HIT A BUMP IN THE NL EAST ROAD!

A team that is trying to catch up in the standings has to win games and hope the division leader loses some.

And this weekend the Phillies have a chance to do both as they host the NL East-leading Atlanta Braves at CBP.

The Phillies just swept a two-game road series against the Detroit Tigers and will seek their sixth win in seven games as the weekend set begins.

The Phillies placed utility player Brad Miller on the injured list Wednesday due to a hip flexor strain and also announced that key reliever Tommy Hunter will be out for the season with a torn flexor tendon.

However, their bullpen pitched well on the recent road trip, and the offense is slowly coming around.

“This is definitely a big series coming up,” catcher Andrew Knapp said. “We’re rolling. We’re pretty confident in the way we’re playing right now, especially to win these two series on the road. Going into a big series against Atlanta is now huge.”

The Phillies will hand the ball to right hander Jake Arrieta, who has an 8-7 record and a 4.40 ERA. Arrieta is pitching with a bone spur in his right elbow yet has given up only two earned runs in 10 2/3 innings over his last two starts.

“I’m not the type of guy who’s going to be vocal about little things that are going on until it gets to a certain point,” Arrieta told reporters.

The National League East-leading Braves have already won 60 games, including 30 victories on the road.

However, they have hit a bit of a lull, falling 2-0 to the Kansas City Royals on Wednesday, their sixth defeat in eight games.

Shortstop Dansby Swanson sat out Wednesday because of a sore right heel. Swanson has been stellar all season, with 17 home runs and 57 RBIs, and a .265 average.

Swanson, however, is expected back in the lineup Friday against the Phillies.

“We have a day off tomorrow,” Braves manager Brian Snitker told reporters Wednesday. “We can be smart about this and stay in front of it. We give him today and (Thursday) and he should be good to go.”

The news isn’t as good for Atlanta reliever Jacob Webb, who is dealing with a sore right elbow. Webb could be out at least two more weeks.

Webb had a minuscule 1.39 ERA over his first 36 appearances.

“It’s still a little tight,” Snitker said. “We’re going to take it day by day with him. All of the sudden things are starting to get stretched out a little bit. It might be a little longer than what we originally hope. The right-hander is 10-2 with a 2.46 ERA but has scuffled with a 4.38 ERA over his past seven starts.

In his latest start, Soroka gave up nine hits and four runs in six innings in a 5-3 loss to the Washington Nationals on Saturday.

The 21-year-old allowed one earned run or none in nine of his first 10 starts this season.

Arrieta has a 5-2 record with a 2.85 ERA in eight career starts against the Braves. Soroka allowed four runs in 4 2/3 innings on July 4 in his only start against the Phillies. 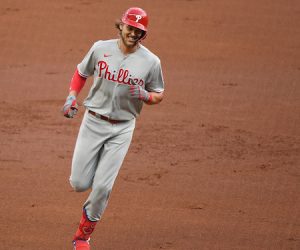 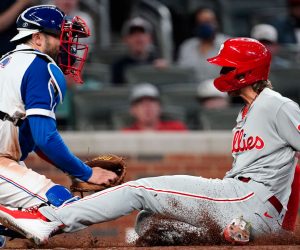 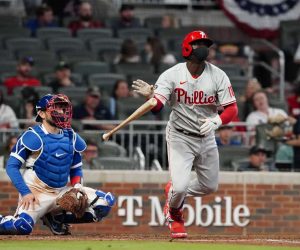